The book club continues to meet at the Pangman Library on the 2nd Wednesday of the month at 7:00 p.m.

In March our book selection was The Bishop Man by Linden MacIntyre,  the 2009 Giller Prize winner. This book is about a sensitive topic, the sexual abuses perpetrated by the Catholic priests in Canada. It tells the story of Father Duncan who has been the Bishop’s dutiful enforcer whose duties were to check the excesses of priests and to suppress the evidence. When  events veer out of control, he is sent to a small parish were he is forced into painful self-knowledge as family, community and friendship are torn apart under the strain of suspicion, obsession and guilt.

Everyone enjoyed this selection. This book generated a great deal of discussion in the group about sexual abuse in the Catholic Church, about Father Duncan’s life as an enforcer and as a small parish Priest and how he worked through this difficult time in his life.

In April we read 2nd Chance, the second book in James Patterson’s Women’s Murder Club Series.  After a young girl is shot down on the steps of a San Francisco church Detective Lindsay Boxer decides that the time is right to reconvene the Women’s Murder Club. Also, Boxer’s father returns after many years and she is unsure of her feelings towards him. She and the Women’s Murder Club begin to believe that the killer might have been on the force. When their suspect is killed they find out that he could not have committed the murders due to a medical condition, so they have to convince the brass that the killer is still on the loose. In the end, everyone is shocked by who the killer actually was.

Everyone generally enjoyed this book. We did all agree that it was a bit slow in the beginning, but it became more suspenseful later on. We were all surprised when we found out who the real killer was.

In May and June we are reading World Without End by Ken Follett.  We have allocated two months for this book as it is over 1,000 pages.

If you love to read and would be interested in joining the book club feel free to come to our next meeting or  call Debra at 442-2055 for more information.

We had our January book club meeting on Wednesday, January 13, 2010 at the Library.

Our December selection was This Year It Will Be Different by Maeve Binchy. A collection of 15  Christmas tales about love and family snarls in the season of comfort and joy, set in England, Ireland,  and Australia.

We discussed this book a bit and the consensus was that it was not what we expected for Christmas stories and  most of us did not enjoy this selection.

If you would like to read other books by Maeve Binchy, you can find more books by her on www.amazon.ca.

Our January book club selection is The Pillars of the Earth by Ken Follett. As this is a very large book, we will be reading the first half of this book in January and the second half in February. 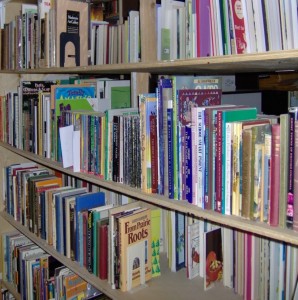 The Pangman Book Club was started in November of 2008 by a few ladies who love to read. We had our first meeting in November were we selected our first book club selection, Kitchen God’s Wife by Amy Tan. Currently we have eight members and we meet at the Library the 2nd Wednesday of the month at 7:00 p.m. After we discuss the book we have read, we have coffee, tea and goodies.

Our last meeting was on October 14th were we discussed  our September book club selection,  A Lesson Before Dying by Ernest J. Gaines. We had a lively discussion about this book and almost everyone agreed that this was a very moving and sad story.

Our next meeting will be at the Library on Wednesday, November 11th at 7:00 p.m.

Upcoming books we will be reading:

END_OF_DOCUMENT_TOKEN_TO_BE_REPLACED

Now is the time to stock up on your books for winter reading.

Be sure to stop by and check out the many books for sale!